This post poignantly dwells and pays homage to one of greatest servants to terrestrial homeostasis. The equilibrium of multiple agents is highly reliant upon the often underestimated enterprise and efforts of these highly sophisticated sentient beings. Even in the realm of entomology, our resource stripping energies are taking its tolls upon an invaluable contributor to environmental order. Pandemonium would reign supreme in an anarchical world devoid of bees.

Being that we are the benefactors and largest recipients of their tireless travails, their absence would pain us with a powerful blow well beyond our wildest comprehensions. Yet, the response to this affair has largely been blasé. The overwhelming consensus tends to lend it’s affections towards rejuvenating cute and cuddly creatures like pandas, polar bears and koalas. Scarce mention is paid towards the pleas of a bug.

However, as in other forms of farming, humans have harnessed the ability to manipulate bees for their own pleasure and profit. Coincidently, these practices can be just as distressing upon bees as they would be for any other large mammal. The trauma extended to the humble honeybee is both physical and psychological in orientation.

Due to their crucial role in crop propagation bees are of transported en masse around the country and around the seasonal clock. This incessant circulation often fatigues bees and can lead on to CCD (colony collapse disorder).

However, it is just as likely that our modern pastoral practices have had a fundamental influence in the deterioration of the habits needed for sustaining the bee population. Global warming, furthermore, is not aiding the bees struggle to survive.

While some states are now recognising the invaluable sacrifice bees play in our lives and our economy, the efforts to save one species at the detrimental cost of thousands of others does not vindicate such shallow environmental exploits. The exploitation of the honeybee is despicable an act unto itself but to disregard the plight of other lessless commonly recognised varieties would be an ecological injustice of the highest magnitude.

That we are the indisputable culprits behind this potentially foreboding and foreseeable bee apocalypse should give us cause to be concerned. It is time that actions were taken in order to save this mini wonder of natural harmony. A venture which should encapsulate saving significant tracts of recognised bee sanctuaries, the creation of new habitats in addition to or/in the absence of the former scenario, condoning the recognised actions of mistreatment in hive management practices (i.e clipping the queen bees wings) and putting pressure on station managers and horticulturalists to avoid the application of harmful pesticides and insecticides to their crops.

Education should start from a tender age as well. Just as we are taught about the value of our ornithological splendour we should also pay reverence to the small insects and particularly the pollinators that helped to create this avian utopia. While the silver screen produces its fair share of visual tripe a good Disney, Pixar or other animated flick may be just what our little eyes need to inspire liberal little minds. From Wall E trying to find love amongst our world of junk, to the Lorax and our there she blows love for wood wacking, to Cars where running on green is the new mean (good), these are films that kids should get a double dosage of. Then of course there’s the adorable characters in that infectiously catchy Happy Feet trying to enlighten us of the ills of global warming. Heck, even Kermit and the Pig in the Muppets come together to save their precious theatre from an oil drilling Baron keen to make a quick greasy slippery buck at their joyful expense. A charming case of a rainbow loving hippy Frog and his colourful cohorts (the 99% if a metaphor be given) hitting the 1% hard through their resolute steadfastness. How compelling! Perhaps, Bee Movie, would make for an excellent addition to the science syllabus. Now wouldn’t that be something to buzz about! 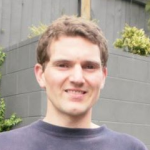 1 thought on “Bees, pollinators and friends in plight”